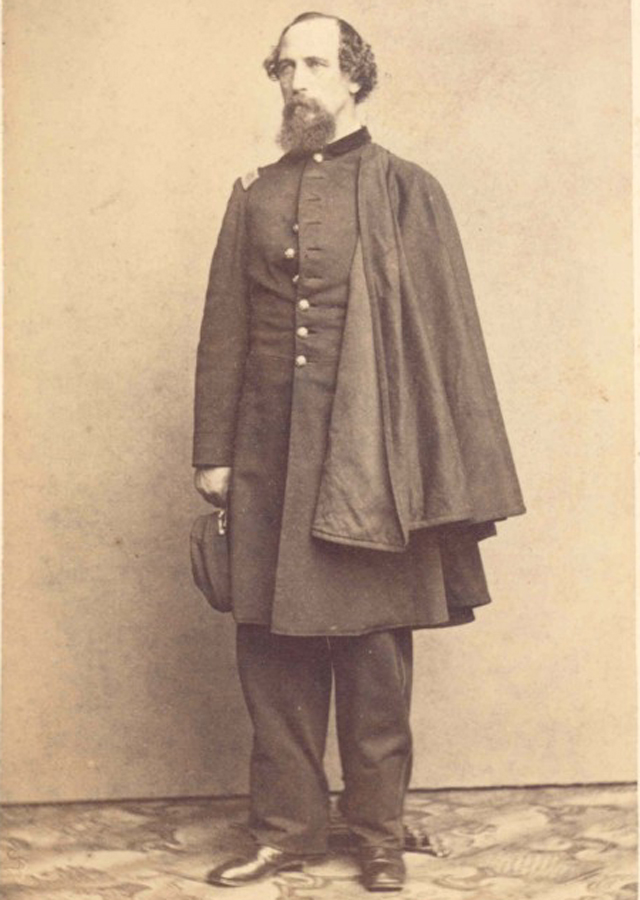 T. Colden Cooper graduated from Columbia College (now Columbia University) in 1838. He served as our superintendent for 10 years and left behind a detailed ledger of his frank and honest observations of school life in the 19th century.

The Museum staff has recently completed a project to scan this ledger and make his handwritten reports to the school board available. Some of what he writes is dated if seen with today's modern eye, but one can still see that he struggled with many of the same issues we have today.

One can imagine the secession of the Southern states shortly after the election of Abraham Lincoln, motivating his decision to leave his secure postion. The April attack on Fort Sumter must of further led him to join the Union cause after a replacement was found. In May of 1861, at the age of 43, he enlist with the 67th New York Regement, 1st Long Island Volunteers. He was made Captain of his company.

Cooper was killed in action at the Battle of the Wilderness on May 6, 1864.
The Cooper Ledger - PDF Documents
Below are scans from what we call "The Principal's Book". Hand written by Cooper are his day to day thoughts on his contacts with pupils, comments on discpilinary actions, and his recommendations to the school board.