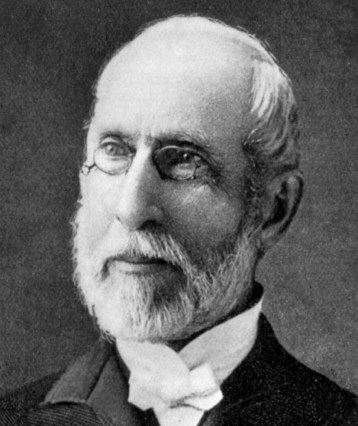 American composer and music educator George Frederick Root (1820-1895) was born in rural Massachusetts. He was thought of as a musical genius and demonstrated remarkable musical abilities by being able to play 13 instruments by the age of 12. Root was a music instructor at the New York Institute from 1849 until 1855 and he would later gain much fame during the Civil Was as a composer/publisher of war songs.

He worked at the school during the period when Grover Cleveland and Fanny Crosby worked. Root recognized Fanny Crosby’s ability as a poetess and collaborated with her in composing what turned out to be some popular cantatas. A cantata is a musical composition consisting of vocal solos, choruses, etc., often with instrumental accompaniment, used as a setting for a story to be sung but not acted. These sentimental popular` songs included Hazel Dell, Rosalie the Prairie Flower, There's Music in the Air and several others. 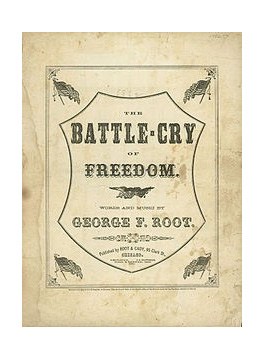 Music has always been an important part of American society and it was no different during the Civil War. Root published more than 100 songs during the war, “The Battle Cry of Freedom” became an instant hit upon its creation in July of 1862. Public response to The Battle Cry of Freedom was overwhelming. When the sheet music was published that fall, printing presses were unable to keep up with the demand for copies. Between 500,000 and 700,000 copies were produced. Although "The Battle Hymn of the Republic" is today considered the preeminent Northern war song, Union soldiers were more likely to bestow that honor upon "The Battle Cry of Freedom." Willard A. and Porter W. Heaps, writing in The Singing Sixties, call "The Battle Cry of Freedom" `the type of rousing tune which appears seldom during a period of war and but once in a generation."  The song was included in the Oscar winning movie "Lincoln".
MP3's below are courtesy of Smithsonian Folkways Recordings
@NYISE999 Tweet