Reading Codes for the Blind: Gall, Alston, Lucas, Moon, Klein
GALL
These early attemps to bring reading to the blind started what was to be a 100 year battle as to what form it would take. The premise that what appeared nice to the eye must be best for the blind had many followers. Gall himself sumed up his feelings as follows:
"Any attempt to introduce a literature for the blind would certainly be ruined by founding it on an arbitrary alphabet. No man can ever be expected to feel so much interest in a thing which he must learn before he can understand, as in that which is plain to his eyes and to his understanding..."
James Gall introduced an angular roman type in 1831. The Gospel of St. John was the first major work produced in 1834. It was used for a time at the Blind Asylum in Endinburgh, Glasgow and London. 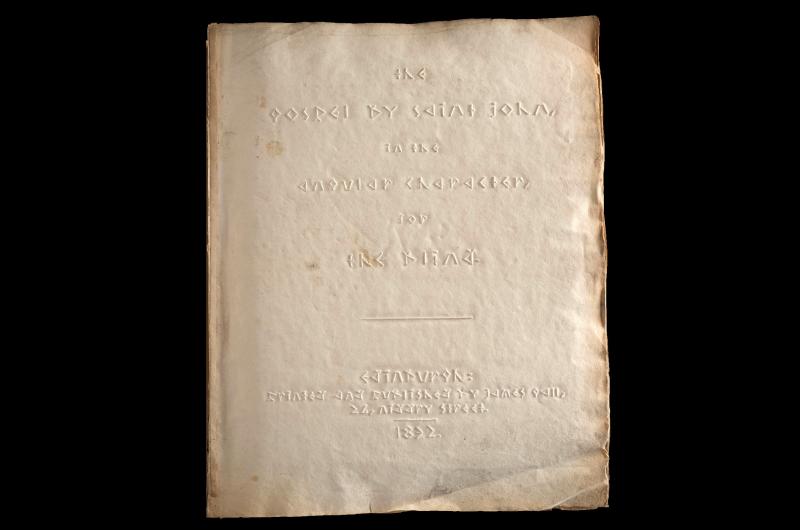 ALSTON
Alston was treasurer of the Endinburgh Asylum. He setup a press and produced several works using this form of the roman type. 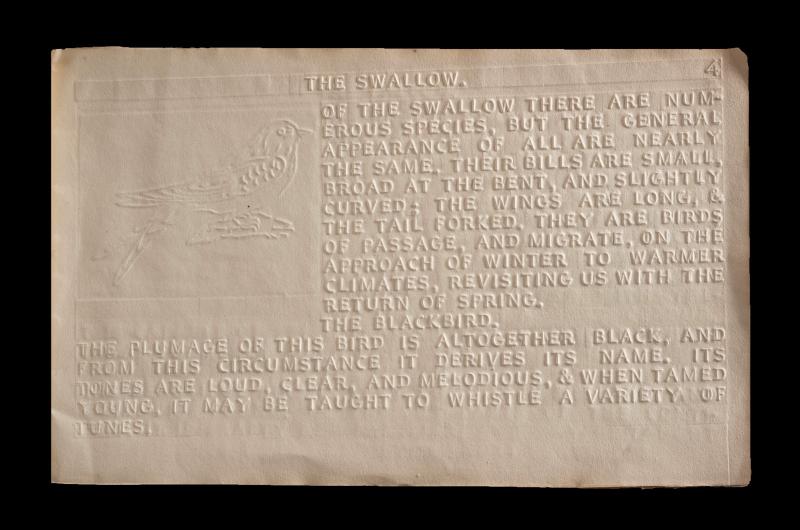 LUCAS
The Lucas type was introduced in 1838. This system is a sort of stenographic shorthand. The letters are altogether arbitrarily chosen, and consist of lines with or without a dot at one end. It was never very extensively used, and in it little effort is made to retain the form of the roman letter.

MOON
Moon type tried to retain the form of the roman letter as far as was compatible with tangibility. The Moon system of embossed reading was invented by Dr William Moon in 1845. It was still used in the early part of the 20th century. Thomas Rhodes Armitage, founder of the British and Foreign Blind Association for promoting the Education of the Blind (now known as the Royal National Institute for the Blind played a key roll in evaluating the various codes in Europe and leading the movement to make Braille the standard code used today.

J. W. Klein
Klein was the founder of the first school for the blind in Vienna, Austria. He developed a form of needle or punctured print used for a time in several European countries. 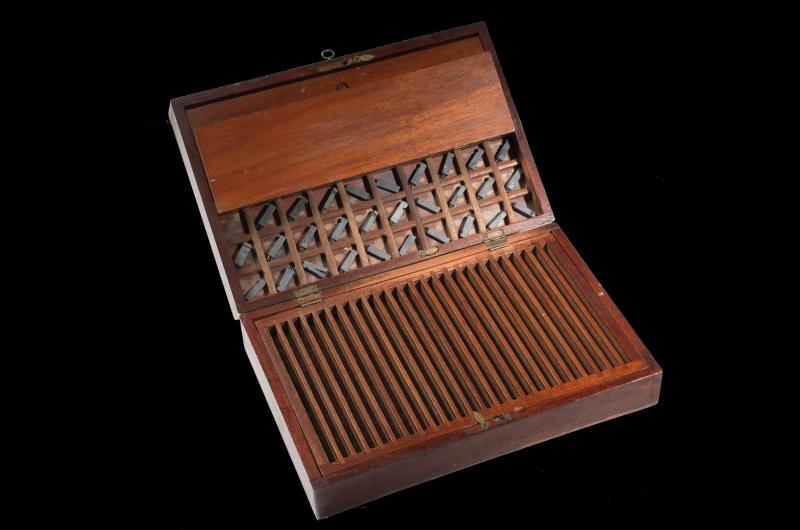 in 1807 Klein presented his Stachelschrift, a printing device with which he could type the upper-case letters of the Latin script and create marks in dotted form in the paper. For the blind this writing was not easy to read and to write by hand was hard even for the sighted.
Special thanks to Peltz Gallery, School of Arts, Birkbeck, London for some of the content on this page. Their blog titled "Touching the Book: Embossed Literature for Blind People in the Nineteenth Century" is an outstanding resource.