Bronx County, New York was established in 1914. Prior to its annexation in 1875, the area now known as Bronx County was actually part of Westchester County.

It is believed that the county is named for a Swedish sea captain, John (or Jonas) Bronck, who settled in the area in 1639 and established a farm and that many of the wealthy of Manhattan would come to visit their friends who owned the farm, and would simply say that they were going to the Broncks'.

The Battle of Pell's Point would be fought on present-day Bronx County. This battle would be a decisive battle, as it allowed Washington's army an opportunity to retreat to White Plains, New York and would save the Revolution.

Up until the 1890's, the area known as Bronx County was a rural farming community. However, in the 1890's, trolley lines fed into the area and life changed. 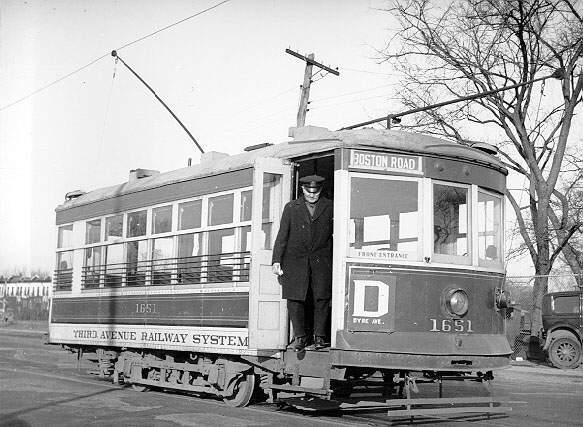 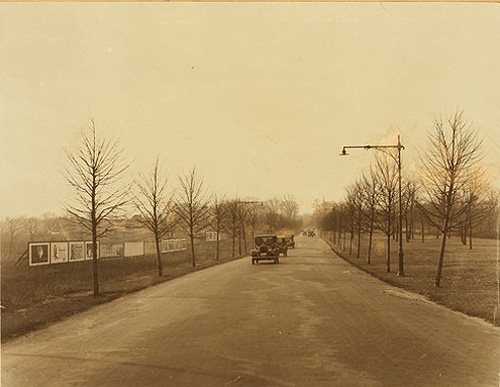 The parkway is lined with trees on both sides and had a strict building code. Nobody was allowed to build within 150 feet of the center. No railroads were allowed to cross over the parkway; this is why the roadbed of the New Haven Railroad had to be laid in a tunnel underneath the parkway which is now the Dyre Avenue subway line. Bars and hotels are also prohibited from being built alongside the parkway. 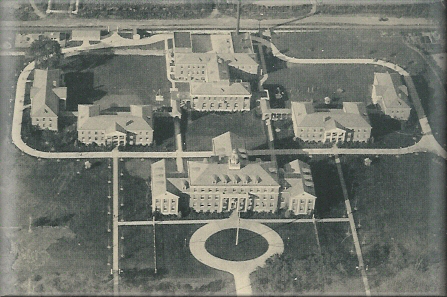 Note that the flagpole is on the Pelham Parkway side and that there is a
full circle drive on the Parkway. The service road had not been constructed yet.

Land around Pelham Parkway was owned by large landowners. The Pearsalls owned a large tract on the southeast side of the parkway near Williamsbridge Road. Adjoining it, on the northeast, was the suburban settlement Westchester Heights. On the northwest side of this area was the land tracts owned by John Jacob and William Waldorf Astor. Hence, Pearsall Avenue, Astor Avenue, Morris Park Avenue, etc. A large tract of land on the southwest side of the parkway was owned by the New York, New Haven and Hartford Railroad Company and was used as a freight yard.