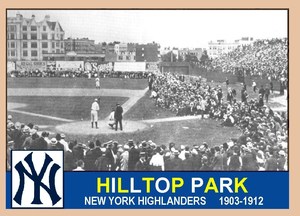 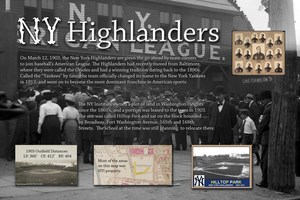 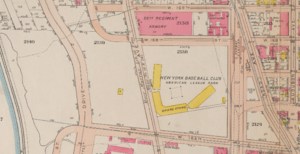 In 1903, NYISE leased to the New York Yankees for 10 years land for a stadium in Washington Heights.

The NY Institute owned a plot of land in Washington Heights since the 1860’s, and a portion was leased to the team in 1903. The site was called Hilltop Park and sat on the block bounded by Broadway, Fort Washington Avenue, 165th and 168th Streets. The school at the time was still planning to relocate there.

The team later became known as the New York Yankees and moved to the Bronx.

The land was sold by the NY Institute Managers to Presbyterian Hospital which is now the site of the Columbia-Presbyterian Medical Center. The groundbreaking took place on January 31, 1925. Today a bronze plaque can be found in the medical center garden in the approximate spot where home base was located. More on the Yankees Here