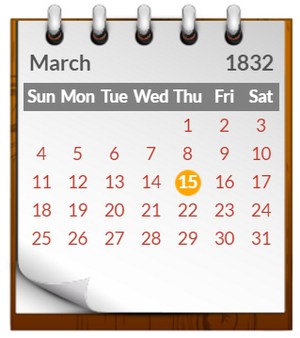 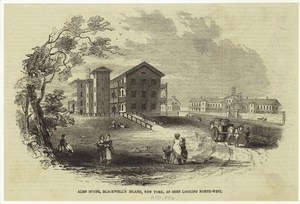 It was during the summer of 1831, that Board of Manager Samuel Akerly and Dr. John D. Russ were given permission to visit the Almshouses of New York City. On March 15, 1832, 3 boys began their education in the care of Dr. Russ at the home of a widow on Canal Street by Dr. Russ. This date marks the first class of instruction to the blind children in the United States.
Quote for the Yearbook of 1932:
President Akerly reported at this first meeting of the Managers, at which eight of the twenty designated as the Board were present, that "during the past summer, in company with Dr. Russ, he had visited the Almshouse to see the Blind in that Institution." Thus enters officially into the picture the man who was to become first teacher of the first class of blind children to receive formal instruction in the United States.
The story goes that Dr. John D. Russ, who had but recently returned from philanthropic service in Greece and who had proposed on his own account to provide instruction of the blind children in the City Almshouse, was introduced to Dr. Akerly and was made acquainted with the incorporation of an institution with this purpose. Thereupon they agreed to work out together the problem. At the second meeting of the Board of Managers Dr. Russ was elected a member thereof, taking the place of one manager who had refused to serve.

Russ had agreed with Akerly that he would himself teach such children as might be organized into a class for instruction, serving gratuitously; accordingly, on March 15, 1832, permission having been given the Board of Managers by the city authorities, three boys were brought from the Almshouse to the home of a widow on Canal Street, who engaged to care for them, and Dr. Russ began to teach them.
About two months later three more boys were added and the school was moved to 47 Mercer Street. It was all experiment. The teacher was a novice, the methods and apparatus especially adapted to instructing the blind had to be discovered or procured; there had come to these pioneers only a little aid through a communication from James Gall, Principal of the Edinburgh school. And there was no substantial amount of money for expenses. But success attended the effort from the start.
One can readily believe that the boys who constituted the school were eager to learn and grateful to be removed from the depressing atmosphere of the Almshouse. Some were bright boys, as their later life evidenced. One displayed literary talent of good degree, another became a minister of the gospel and was later superintendent of two southern schools for the blind.
Pride in achievement of the five boys of the new school (one had died of cholera in August, 1832 was one reason for arranging a public examination after some nine months of effort, but it may readily be believed that the insistent need for funds had more to do with the making of a demonstration that would arouse the interest and stimulate the generosity of such philanthropic citizens as might be induced to attend. The examination was held at the City Hotel, December 13, and was a pronounced success both as a proof of the worthiness of the effort to instruct the blind and as a means of raising funds.
Image of Blackwell Island: